skip to main | skip to sidebar

Space Junky recently played the opening for Splitsville Bowling in SL based on the RL bowling chain,bringing to life an amazing eclatptic ambience of one of the oldest games in sports which dates back over 5000 years. As discovered by the 1930's anthropologist Sir Flinders Petrie. It is played in over 90 countries and is popular and universally recognised especially in SL., where the hop, swank 40/50's retro decor bring to life the dimley lit alleys for conversations as well as meeting places for avies to come from all over the globe to compete or just have fun, test there skills and attach the hud and see if you can raise that heart beat in SL, aiming for that infomous strike, leaving behind the bling and AO's.

At the opening of Splitsville Space Junky came close to crashing the sim, the house was full and the Splitsville Ampiteatre came to live, as big as any opening with a state of the art stage, lighting and an amazing production crew who bought this all to life. Space Junky played music from there album "Resident Alien", every avie in the house was dancing and there was a amazing cosmic energy and the feel of a rl concert there in SL.Afterwards Loch Harlam spinned some tunes and bought his Riff and Playboy style to Splitsville where the avies partied for long into the hour as well as some avies had a go at bowling.

Space Junky finished with a spectacular fire work show, which lit up the stage and the band just as bright as the lights on the Sydney Harbour bridge on a New Years Eve or lights brighter than the Melbourne Cricket Ground.The music set the scene for the game as well as for the serious bowler.Splitsville is one place in world you should visit and bring friends or a loved one and have a go."It may strike you" 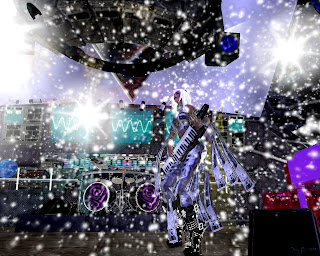 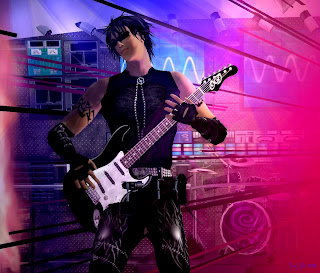 Zaphod in a magenta glow. 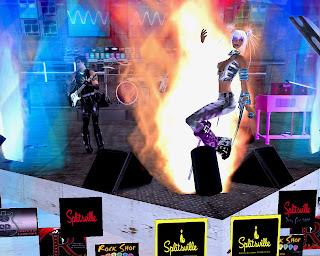 The flames were a little too hot! 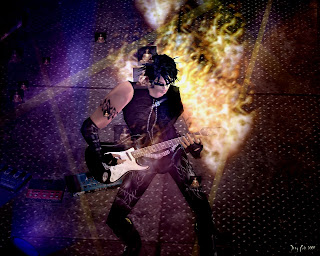 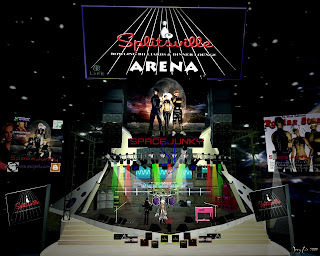 More Pics From This Show @
http://picasaweb.google.com/izzyatthecreek/Splitsville
Posted by SpaceJunky at 11:56 PM